These Planning Notes are prepared by the the
Planning and Environment Committee
who meet each month to discuss planning issues and review recent planning applications.

Editions from the past 12 months may be viewed via the buttons on the left.

Select the notes you want to view using the buttons below

Select the notes you wish to view using the buttons above

Below are useful links to some key  pages on
dorsetcouncil.gov.uk
and other websites

Tap the button below to search the planning applications database for the local area.

Tap the buttons below to visit the NEWS Pages of our Local Council websites.

Local  Council
Websites
Tap the buttons below to visit our local authority websites.

To view more documents relating to these planning applications . . .

1. Copy the application reference number from this page.

2. Tap the “”Applications” button below to open the planning applications database for the local area. (This takes you to the Dorset Council Website.)

4. Paste the reference number into the Planning Reference Number field.

Then tap “View this application” and select the “View Documents” tab.

Tap HERE to download a PDF version of this note (6 x A4 pages 300kb ) for printing or viewing on a tablet or laptop.

While the supply of affordable homes is clearly a major issue in our area, in our view the football stadium is not the right place for them, and we have made a strong objection to this current application for affordable homes there.  The two uses are incompatible, and noise and disturbance, especially when there is evening use of the Stadium, would be disruptive for young families with children. 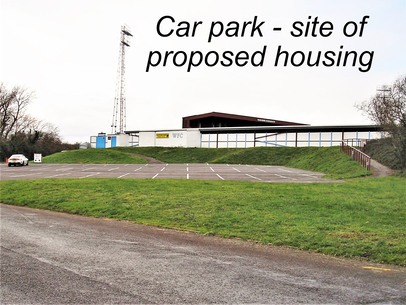 Of prime concern is the loss of the two main car parking areas for the Stadium, which would be built upon to provide these houses. We think it most important to keep the parking provision to serve the Stadium and avoid indiscriminate parking on nearby road verges.  Good accessibility is particularly necessary for disabled people.

The proposed development would also appear to preclude any extension and enhanced provision of the main built facilities as may be needed, constricting any plans for the future.  Indeed, we think the ultimate viability of the Stadium could be at some risk if this development were to go ahead.

We have objected to a planning application to remove all the traditional Victorian windows in this harbourside house and replace them by windows without glazing bars and a long run of bifold doors on the ground floor, all in a dark tone of frame. 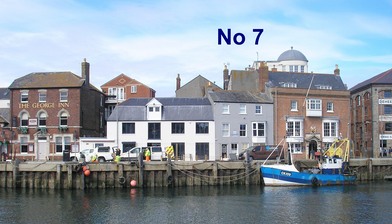 We had already been deeply disappointed when a similar change was made to the building adjacent on the west side, resulting in the windows appearing empty and blank in important views from across the harbour.  The neighbouring property to Number 7 on the east side is the historic Custom House, one of the most significant harbourside buildings, and there are fears that this proposal could harm its setting. 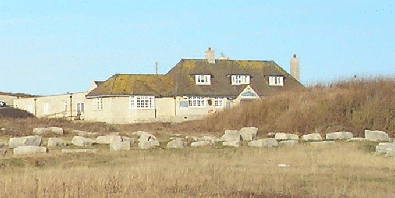 Following an initial public consultation, plans have now been submitted with the Council to demolish the whole of the Pulpit Inn and replace it with a new public house and 13 2-bedroom holiday flats. The design is clearly a response to the character of the Coastguard Cottages nearby, which would be quite appropriate in this area. 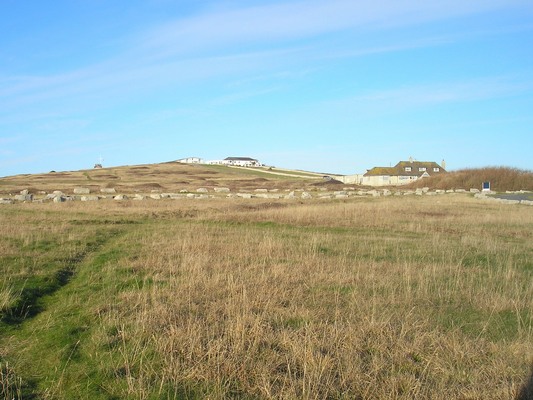 Unfortunately the amount of development now proposed is far larger than the present Pulpit Inn, rising to three storeys high compared with the present two, and having a greater spread, with its three-storey frontage set much further forward towards the road.  We do not think that Portland Bill is the right place for this amount of extra development, where the wide open grassy spaces are a key characteristic of this famous place. 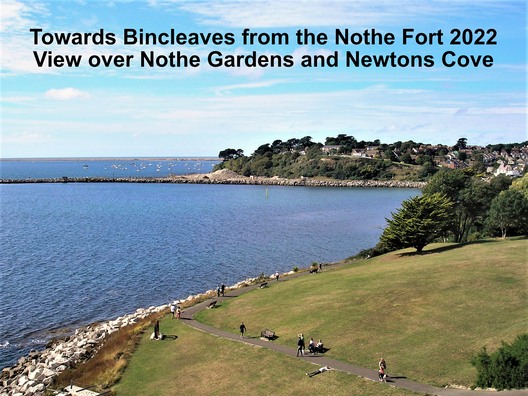 In March of this year we submitted objections to the Council on the plans for a major development of the former Quinetiq site. Now, following considerable opposition, the plans have been modified, with the 189 dwellings (mostly blocks of flats) reduced to 141, and the care home from 65 beds to 60. 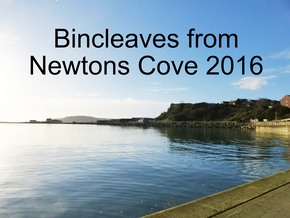 Nevertheless, we have maintained our strong objections.  This would still remain a massive development, with the lines of apartment blocks rising to 6 storeys, as high as the cliff behind, affecting views of this coastline from miles around, but especially from the Nothe Peninsula and Newton’s Cove, and seriously impinging on the setting of this part of the World Heritage Site.
We have also stressed the need for more employment in the local area rather than a mass of new apartments, particularly knowledge-intensive based uses, to provide local jobs and reduce the need for outward commuting to other areas.

Our other original objections remain, including, notably, the amount of traffic generated on a road system which is already heavily under pressure.  The large number of waterfront apartments are likely to be most attractive to second home owners or for holiday lets or the retirement market, and would not provide the local affordable accommodation which is needed. We also queried the suitability for such massive development of this piece of low-lying reclaimed ground projecting out into the waters of Portland harbour and the open sea, especially in the light of climate change and the risks of heightened water levels and storm surge.

Bincombe Bumps Campsite
Use for 56 days per year permanently.

Each year farmers are able to use their land for camping for 28 days a year as an allowance, incidental to the normal agricultural use of the land.  During the Covid crisis this was extended as a special additional concession.  The owners have now applied for permission for 56 days per year on a permanent basis.  This site lies immediately next to the group of tumuli known as Bincombe Bumps, which are such a landmark in our local scene, a significant feature in the Area of Outstanding Natural Beauty. 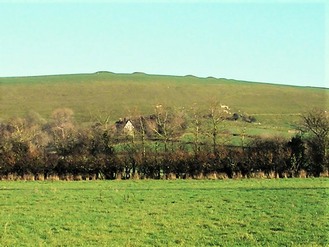 We are concerned that there should not be mobile toilets, catering facilities, tents and vehicles immediately next to this important group, an ancient burial site, originally a sacred area for the local inhabitants;  and we also question the advisability of removing the agricultural use from this land for such an extended period on a permanent basis. 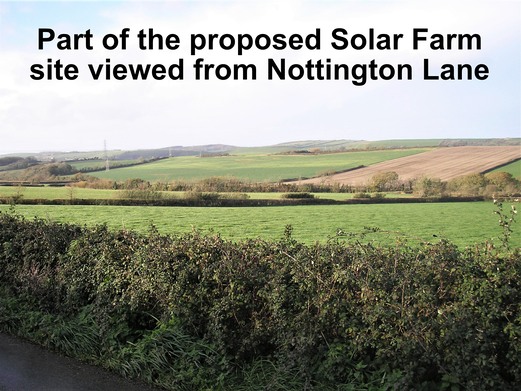 The news of a gigantic solar farm, more than five times the size of the largest in the UK, proposed to the west of Weymouth, has given cause for much discussion.  The solar panels would cover a large tract of countryside, from the Friar Waddon area (west of Upwey) in the north, to Nottington Lane and the Buckland Ripers area in the south, including land in the Area of Outstanding Natural Beauty.  While much of the area is not of the highest agricultural grade, this is productive land, both arable and pasture.

The other main part of the proposal is a 57 acre battery energy storage system facility between Chickerell and Radipole Village, abutting Coldharbour and not far from Southill.   Details of this are now available to view on Dorset Council’s website (ref P/ESC/2022/08013) to be found under Planning Applications, where a 23-page document describing it can be read.  This is a formal request for Dorset Council’s opinion on whether an Environmental Impact Assessment would be required to accompany any planning application for this development, and the public may only comment on whether an EIA is needed (deadline 12 January).

At present, the wide range of issues arising from both the solar farm and battery storage is being considered by our Committee and the Society’s Board.  Members are welcome to let us know their views, by emailing planning@weymouthcivicsociety.org, or writing to 71 Roman Road, Weymouth, DT3 5JH. 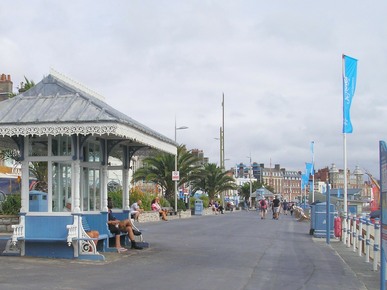 We have recommended to the Society’s Board a series of comments upon the draft Masterplan put forward by Hemingway Design.  This follows our original response in July, now with detailed consideration of all the proposals, assisted by contributions from Society members.

We are now looking for projects to be considered for the Civic Society’s Annual Awards in 2023. 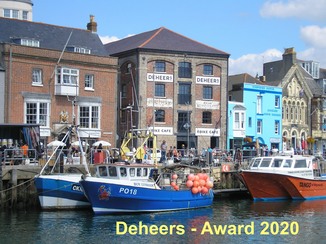 These could range widely, including high quality new developments, restorations of historic buildings, or features that make a contribution to the appearance and general quality of the local environment.  They should have been completed during 2022 and should be located within or close to the general area of Weymouth, Portland and Chickerell. 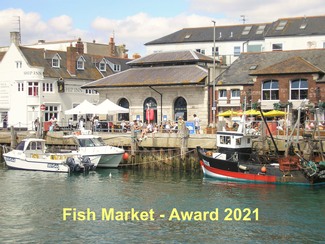 Previously awarded schemes can be seen on the Society’s website under ‘Awards’.


Anyone - members or non-members - may make suggestions, which can be emailed to planning@weymouthcivicsociety.org or sent to Weymouth Civic Society, at 71 Roman Road, Weymouth, DT3 5JH.